I grew up in Quebec in the Seventies and Eighties. When I was 10, we travelled to Africa and lived in Zaire under Mobutu. Coming back home, I realized how good we had it here. This is where my will to serve came from.

In 1999, I joined the Army, becoming a paratrooper. After my first tour in Afghanistan, I joined the Navy and became a clearance diver.

My second tour was as a counter-improvised explosive device expert. I’m the only Canadian Forces member that we know of that has dismantled a live suicide bomber while he was wearing the vest. The work was quite exciting, but a lot of chaos. The hardest part was showing up on the scenes of the ones you missed. But you don’t really deal with any of that stuff over there.

And for us in the military, if you don’t know how to react to a situation, you use aggression to get you through: it serves you in combat, so that you don’t freeze. When you’re in the civilian world, there’s no need for that. But now, you’ve rewired your brain over seven months to be able to deal with that situation. So for me, anger was showing up.

It’s not just one incident. The glass keeps filling up and then a drop comes in and then it overflows and everything just falls apart: the spiralling down of not sleeping, the night terrors, everything started to tack on. Going to work was difficult. I’d lose track of where I was. Diesel would bring me back to Afghanistan. Any kind of burning smell.

My senses are very, very attuned. I could see body language because it saved my life as a kid growing up and also over in Afghanistan. I became hypervigilant: at the grocery store, at the mall, watching people getting coffee, talking.

I knew something was wrong with me and I started the ideation of suicide: I just wanted to turn off the pain. But at the time, my son was only six years old and I didn’t want him to grow up without a dad. So, I reached out to the military. The first time I went to see the doctor, she said, “Oh, Bruno, it seems to me that you’re showing symptoms of post-traumatic stress disorder.” And I said, “Not this guy, doc. I’m the guy who jumps out of planes; who helps out everybody; who saved this guy, saved that guy. I don’t know where you went to school but not this guy.”

Having been raised in the military culture of the Seventies and Eighties, alcohol was my medication. I saw my dad do it. I saw my grandfather do it. I saw everybody do it. In the Forces, from day one you’re told to suffer in silence so that you can do your job. But once you’re done with that, you need to be able to vocalize and communicate your pain, which is one of the things that was missing.

And one day I just couldn’t take it anymore, so I went to the same doctor. She got me a consultation at Mental Health in the Forces. I went over there and I started seeing a psychiatrist and psychologist and the medication started coming in. And at the time, it did help because it kind of calmed everything down. I could breathe.

Then I realized that the medication took the pain away, but it also took the joy away. At the time, I had about 20 different medications: for my chronic back pain; for my mental health; for my sleep disorder. To me, it was just insanity.

And then the military told me I was no longer deployable. At the time, this meant I was no longer employable. What was I going to do now? It was very difficult. My marriage came apart and I got a divorce.

So I opened up a gym. I started taking care of myself and got off the medication slowly. I started spending more time on doing greater good out there and looking for ways to get some value out of my life.

When you’re actually walking to the North Pole, there’s nobody there. You can see the curvature of the Earth. It’s pristine. It’s beautiful. The only thing you hear is your breath and the cracking of the snow. You cannot escape your thoughts. It gives you the time to be able to make some sense out of things and you’re not distracted by anything else.

So for me, that was very, very healing. When I came back, I became a Bell Let’s Talk ambassador and an executive coach and a mental health advocate. Then, I became the captain of Team Canada for the Invictus Games. Being an ambassador for the Invictus Games got me to a certain point of being busy and helping others. But there was a catch: when you’re helping others, you’re not really dealing with your own stuff. So although I was doing good on the surface and I was busy, things were still not dealt with.

And then COVID hit. It was the wake-up alarm. Overnight, everything stopped. That’s when all the stuff that I didn’t deal with, all came in at once. I crashed. I went back to the depression, the panic attacks, the anxiety.

After I had come off my medication, I started using medicinal marijuana for sleeping and CBD for the pain. But I would see a lot of veterans that were on it and they weren’t doing anything. And I said, “I can’t be on marijuana when I’m a father and I run a business.” So I turned to ayahuasca.

I actually first did ayahuasca about four years ago, here locally. I wasn’t ready for that. There’s preparation you need to do. There are some questions you need to ask. At the time, I wasn’t in that mindset so my experience with ayahuasca didn’t do anything: my hypervigilance was too high. I was trying to control the trip. There was a lot of stuff that was just not conductive to my recovery.

So I walked out of there and I started doing research about microdosing and psilocybin. And I went down into that journey, which got me to really start looking to healing. It’s not just taking ayuhuasca or psilocybin or whatever; it’s the work that you do outside and around it that is very, very important. So I started doing that work: reading the right books, watching the right things, getting off social media, getting off the things that were triggering me.

Then one of my contacts from Toronto told me about Field Trip. They said it’s ketamine-assisted psychotherapy and I said, “Whoa, what’s ketamine?” When I heard it was a rave drug, I was sceptical but I believe if an opportunity shows up, go see what it looks like.

So I went and I met the Field Trip team. You go into a room and you’re away from everybody else, but your psychotherapist is with you. They don’t just say, “Here you go: take this and go back to your problems.” Instead, they’re saying, “Hey, let’s work on your problems. Then you’re going to come in to take this. You’re going to go for a nice journey, whatever that journey is going to be. And we’re going to talk about this journey because they’re all different.” I think the biggest breakthrough and most impactful thing is the integration 24 hours later with your psychotherapist while you’re still in the residual effect of the ketamine, which actually gets you to look at your trauma while you’re disassociated from it.

You’re lucid during the trip, but it feels like you’re kind of mellowing and you can start letting go. You start lifting away the layers and you start coming at things from a different perspective. You’re now implementing what you learned with the work that you’ve done with your psychotherapist.

For me, the treatment took about three months because I had to fly in for the sessions. Other people have done all the sessions in one month. About four to five days after each session you feel euphoric. And then integration starts because life comes in and the problems are still there that you need to work on. And I still go through good days and bad days, but now I just have more tools in my toolbox to be able to cope.

Let’s say you’re at the hospital and you’re hooked up to the heart rate monitor. You see ups and downs. What does that tell you? You’re alive. Life actually mimics your heart rate. You need the downs to tell you, “Now it’s time to get back on track.” You need the ups to tell you, “This is what is possible out there.” When you go to the downs, you know that you come up and the next peak should be higher than the previous peak. And that’s how you grow. Field Trip and the ketamine helped me a lot to grow back to another high peak and boom, boom, boom: now it’s going on that way.

As told to Doug Murray for Field Trip Health 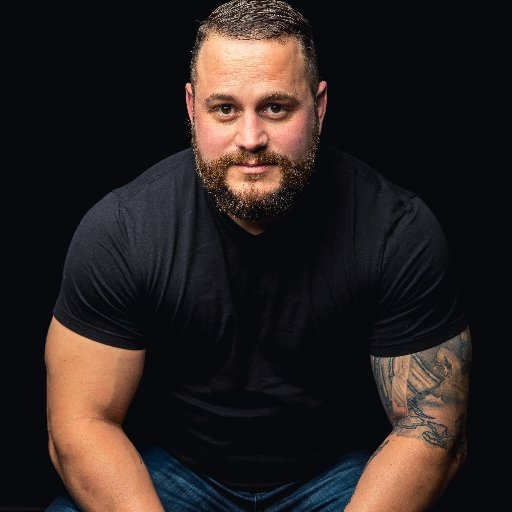 Is this right for me?