Ketamine vs. LSD for Therapy 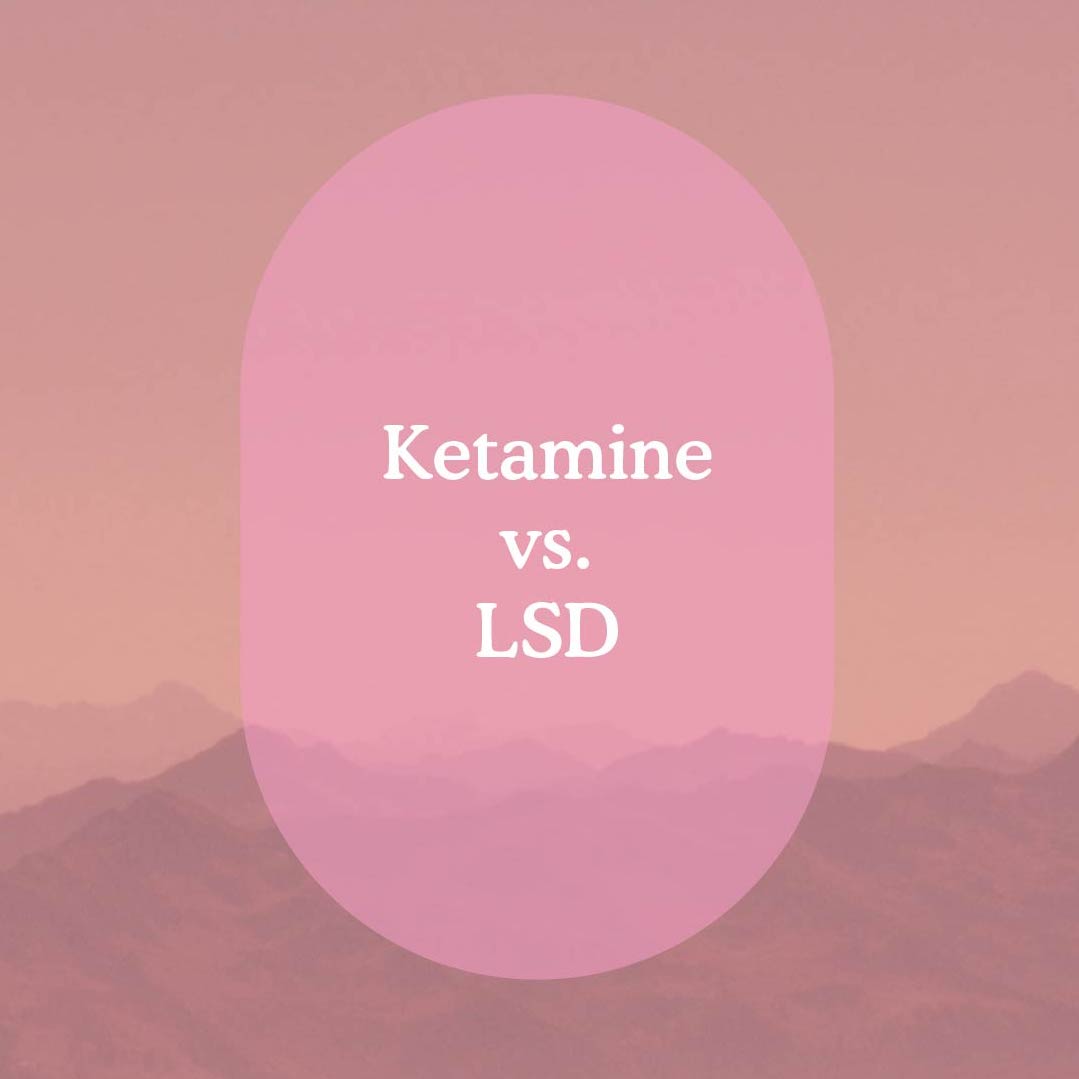 Interest in the therapeutic possibilities of psychedelics has grown exponentially in recent years as landmark clinical studies have demonstrated the effectiveness of psychedelics such as Ketamine and LSD in the treatment of anxiety and depression. You may be wondering—how do different psychedelics stack up against one another? Should you try it out, and if so, which should you choose? Let’s take a look at two of the most popular psychedelics, LSD and Ketamine, to see how they compare.

A Brief Introduction to LSD

LSD, or lysergic acid diethylamide, is an entirely synthetic psychedelic substance that was first produced in 1938 by the Swiss chemist Albert Hofmann. While biking the streets of Bern after ingesting 250 micrograms of a substance he would soon realize had potent psychoactive properties, he began to enjoy the kaleidoscopic colors and euphoria that would come to characterize an LSD trip. In the 1940s and 1950s, researchers began to explore the therapeutic potential of LSD in the psychiatric setting, and in one study, around half of participants living with substance abuse disorders evidenced no relapse after a year of LSD therapy. In response to what was perceived as widespread recreational use, possession of LSD was made illegal in the United States in 1968, and the last FDA-approved study of LSD in psychiatric patients ended in 1980.

However, in recent years, interest has been reignited in the therapeutic potential of LSD to treat anxiety and depression. In a recent study of patients experiencing chronic anxiety, the majority of patients reported a reduction in anxiety (77.8%) and a rise in quality of life (66.7%) with few side effects and no lasting adverse reactions.

A Brief Introduction to Ketamine

Ketamine was developed in the 20th century as a safer alternative to other surgical anesthetics. Because of its efficacy and innovative safety profile, it was approved by the FDA in 1970 and added to the World Health Organization’s “List of Essential Medicines.” The discovery of Ketamine’s antidepressive properties in the early 21st century prompted researchers to reconsider the compound’s potential as a clinical tool. Over the past two decades, clinical research has demonstrated that, when administered at doses lower than those used in anesthesia, Ketamine works rapidly, effectively, and safely to improve symptoms in people living with depression, anxiety, and post-traumatic stress disorder. Studies have since consistently demonstrated that even a single dose of Ketamine induces a rapid and sustained antidepressant effect. The first studies of Ketamine’s effectiveness in patients with Treatment-Resistant Depression showed a response rate of over 70% within 24 hours after one dose and a reduction in suicidal thoughts in over 50% of patients immediately after dosing. A recent randomized controlled trial found that Ketamine provided a clinically significantly greater reduction in suicidal ideation in depressed patients than SSRIs. Likewise, Ketamine treatment has been shown to reduce feelings of fear and panic in those living with anxiety disorders in both the short-term and long-term without affecting the ability to perform day-to-day tasks.

What are the Similarities and Differences Between LSD and Ketamine?

LSD works by altering how the brain responds to serotonin, a neurotransmitter responsible for regulating emotion, mood, and perception of the world. By binding to serotonin receptors, LSD modifies neural pathways in the brain and interrupts the Default Mode Network (DMN), the “information superhighway” between regions of the brain that govern interoception, memory retrieval, imagination, and sense of self.

Ketamine works by altering the way the brain responds to glutamate and GABA, two important neurotransmitters involved in learning, memory retention, and the brain’s balance between excitation and inhibition. Ketamine also increases and reroutes neural pathways in the brain, enhancing neuroplasticity, which can rewire the brain’s response to depressive thoughts and anxious triggers, weaken the hold of traumatic memories, and strengthen connections between neurons.

‍Ketamine can be administered in a number of different ways such as intramuscular (IM) injection, intravenous (IV) infusion, intranasally, and orally. We at Field Trip administer through IM injection in the United States, and orally with lozenges in Canada. LSD is generally administered orally.

Both LSD and Ketamine produce a psychedelic “trip” that can produce transcendental, insightful experiences that may include visual and physical sensations and can change the way you see yourself and the world around you. An LSD journey lasts significantly longer than a ketamine journey. While ketamine journeys average about 45-60 minutes, the effects of LSD may last 8-10 hours. Both Ketamine and LSD often provoke audiovisual synesthesia, altered perception, heightened sensation, and depersonalization. At certain doses, LSD is likely to produce vivid hallucinations and euphoria. It has been suggested that while LSD produces a more intense sensory experience, Ketamine may produce a more intense emotional experience.

LSD has demonstrated potential as a tool to treat substance abuse disorders and chronic anxiety, and research into its potential as a treatment for treatment-resistant depression and Alzheimer’s Disease are ongoing. Because of its less restrictive legal status, Ketamine has been the subject of extensive clinical research and multiple randomized control trials that demonstrate its ability to reduce symptoms and provide long-term healing for those living with depression, anxiety, and PTSD.

Psychedelics such as LSD and Ketamine sometimes produce autonomic side effects such as increases in blood pressure, heart rate, body temperature, and pupil size. Other side effects include headache, dizziness, nausea, and fatigue. These side effects are consistent with other substances that impact neurotransmitters and are generally well-managed when an appropriate dose is administered in a safe and controlled setting. Both LSD and Ketamine have a very low toxicity profile and, when managed properly, do not provoke addiction or withdrawal symptoms.

In the United States, LSD is a Schedule I substance under the Controlled Substances Act, and its use for medicinal, recreational, and research purposes is not legally sanctioned in any state.

In contrast, Ketamine has been used as a legal anesthetic in operating rooms, emergency departments, and battlefields for several decades. Since the 2010s, clinics have been legally using Ketamine off-label to treat mental health concerns. Ketamine is classified as a Schedule III substance under the Controlled Substances Act.

Is Ketamine or LSD Therapy Right for Me?

Research findings continue to support the safety and efficacy of psychedelic therapy, and people living with anxiety, depression, and PTSD have expressed increased interest in adding psychedelics to their therapeutic toolbox. Are you wondering if it’s time to try psychedelic therapy for yourself? The science suggests that both LSD and Ketamine may be effective tools to relieve the symptoms of chronic mental health challenges. However, there are key differences in the mechanisms of action, legality, and psychoactive experience of these two substances that affect accessibility and therapeutic outcomes. The bottom line is that the safest and most effective place to begin your psychedelic journey is in consultation with an experienced provider committed to ensuring your health, comfort, and target outcomes in a safe, controlled setting. Field Trip is a great place to start.

Does Field Trip Health Have a Psychedelic Therapy Clinic Near Me?

Field Trip Health has clinics throughout the US and Canada. If you are ready to begin your journey toward healing and build your personalized treatment plan, then give us a call to learn more:

Or schedule an appointment online, and our team will reach out to you. 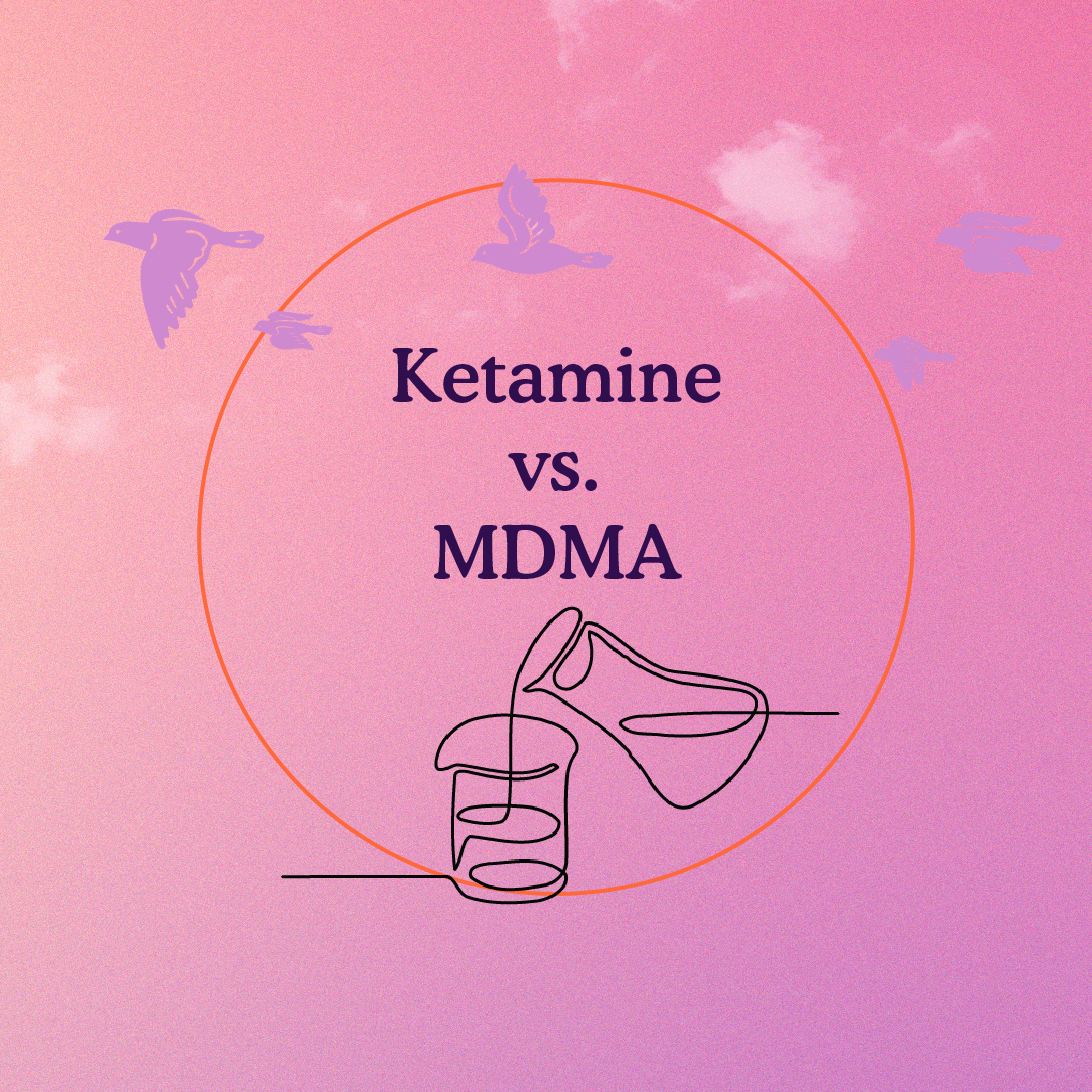 Ketamine vs MDMA for Therapy

Despite their similarities, ketamine and MDMA are unique medicines with key differences in the way they are each used in therapeutic settings. 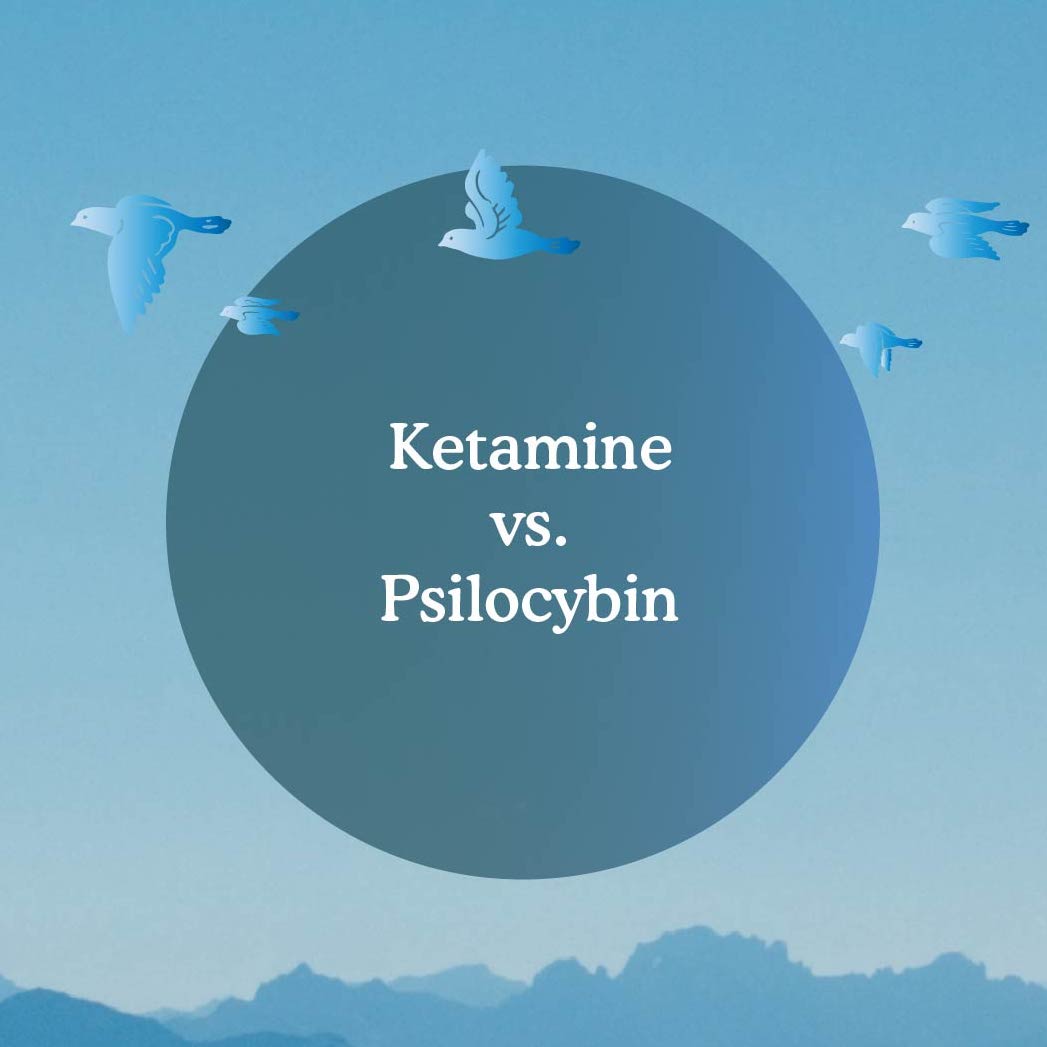 Explore the therapeutic uses of ketamine and psilocybin (aka “shrooms”) plus the major similarities and differences between the two. 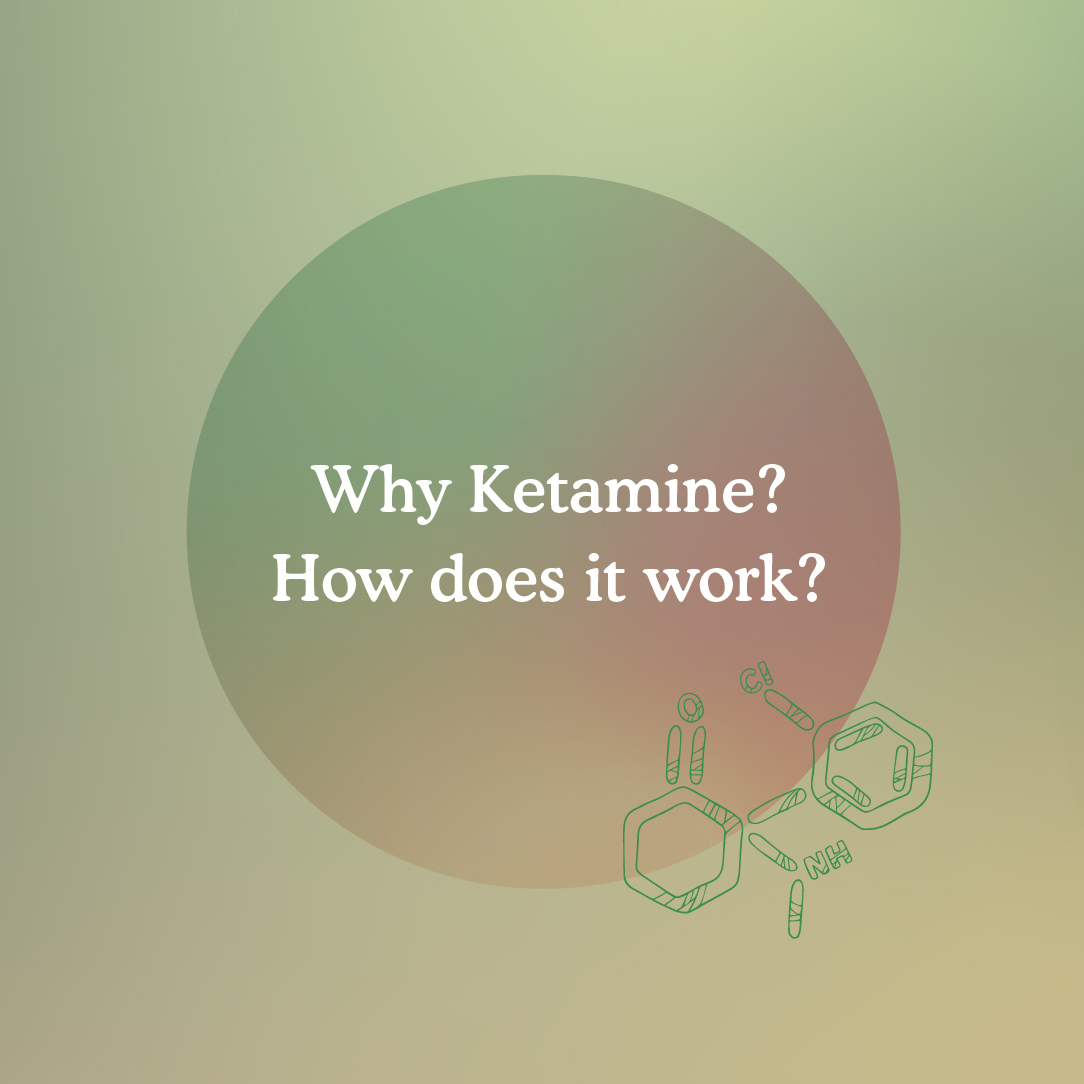 Why Ketamine and How Does it Work?

Learn more about the background of ketamine and ketamine therapy in this informative article.