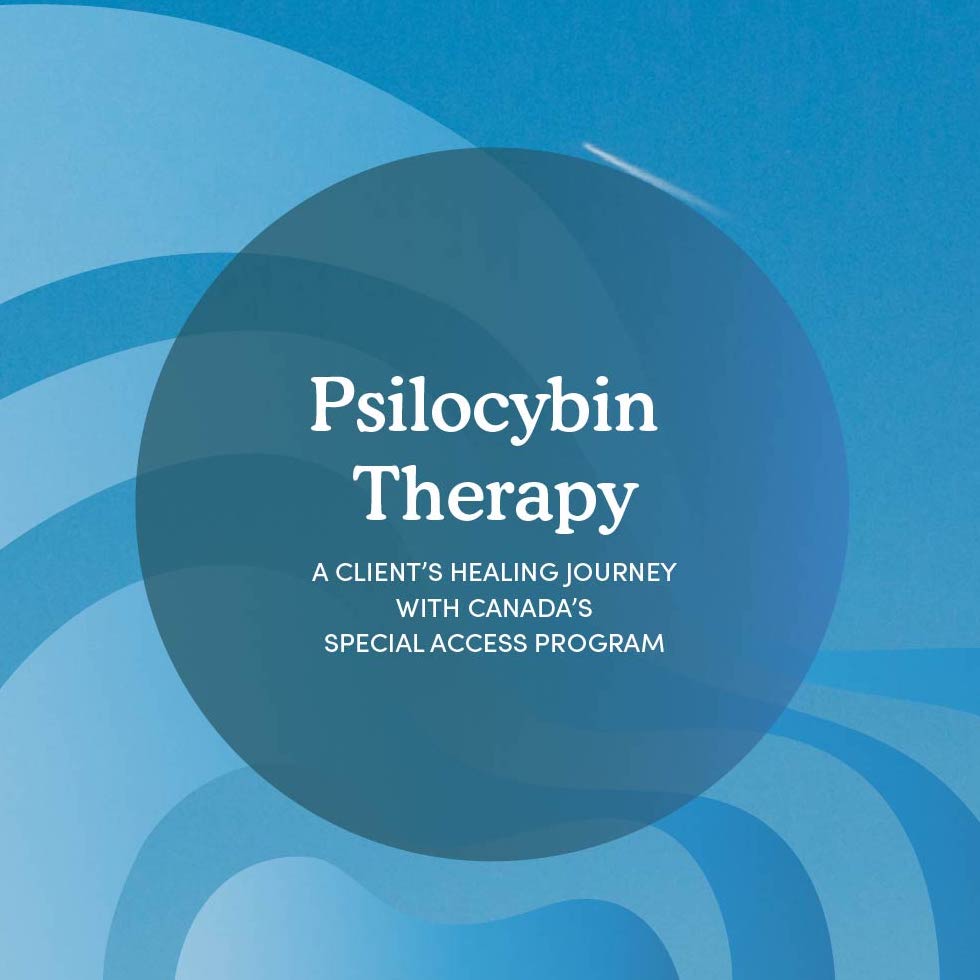 On Sunday, March 30th, Field Trip conducted one of the first legal Psilocybin treatments for PTSD in Canada. The client, Scott Atkinson, is a Canadian Veteran and a returning client at Field Trip Health's Toronto Clinic. Scott had previously undergone individual Ketamine-Assisted Psychotherapy and also participated in a Ketamine-Assisted Psychotherapy Group directed to Veterans. Although Scott greatly benefitted from his Ketamine treatments, Psilocybin allowed him greater insight into his challenges and life direction.

The session began at nine in the morning with a brief check in and meditation. After Scott consumed the medicine, he was provided with headphones and eyeshades allowing him the opportunity to observe his thoughts and feelings as they came up. He remained with his eye shades and headphones on for a short period of time before he removed them, indicating that he preferred to have a conversation.

Scott shared different parts of his experience that he had difficulty making peace with: traumas that he had experienced during the course of his military career, shame and guilt for the pain he caused his family when he was suffering from acute PTSD symptoms, as well as childhood/adolescent trauma.

The medicine allowed Scott to be truly vulnerable and assisted him in expressing his feelings in a deeply authentic way. He described his experience as helpful and cathartic and reported significant insight into his own challenges. He also noticed that chronic physical pain that he suffered from was easier to manage.

The session lasted 5 hours.  At the end of it, both Scott and the therapist were exhausted, however, both felt that important work had been accomplished. Scott is looking forward to receiving a second dose of Psilocybin in the foreseeable future.

My name is Scott Atkinson and I am a client at Field Trip Health. Since leaving the military and being diagnosed with PTSD and chronic pain. I struggled with what works. It was obvious my previous tries with prescription drugs and therapy were not working. Cannabis works, But because  I want a clear head throughout the day, it is not always the answer.  I have found psychedelics are what works.

The process to get to this point has been a long one. Government red tape has made this an arduous process, between waiting, media interviews and my own struggles with mental health it sometimes felt longer than it was.

On 27 March 2022, we set forth with the first journey of 2.5g of Aztec psilocybin.  I consumed 2.5g at approximately 1000, chatted with my Field Trip therapist, Brian, for approx 30 min and decided to lay back and concentrate on mediation for a while.  After approximately 25 min, I knew I was not able to be where I wanted to be, so I sat up and started talking with Brian. It was also through this time that visuals started mildly. I at times had to focus on a spot on the wall to keep engaging in the topic at hand. The bench that Brian was sitting in started moving like wings, and quite a few times Brian's face had changed while we were talking.  It was not alarming or problematic, but a bit distracting and funny.

It seemed that the dose I had consumed, though not enough to take me on a full journey, was able to take me to a spot of absolute relaxation where I was able to talk, freely and openly. I was able to talk about how I see myself at that moment. I was able to talk about my family (Dawn, Murryn and Stuart)  and the love and care they have for me and that I have for them. The guilt I feel from the past of the hurt I caused in my family.  I was also able to look at the happy things, and for the first time in a very long time, I could admit I have done well in mending the relationships with my family. In reality, this was not only therapy for me, but it helped the whole family.

I found that the pain I constantly suffer is greatly reduced, so much so that I am able to sit in various positions and yoga poses that I would in no way be able to do any other time. My pain is close to non-existent at the time.

By the end of a five hour journey, both Brian and I were exhausted. I was very happy with the session as I had not opened up like that before so easily. This would usually take months and months. I am eagerly awaiting what the next sessions bring!

The Special Access Program provides physicians treating patients with “serious or life-threatening conditions” with the ability to request access to drugs that have not yet been approved for sale in Canada when conventional therapies have failed, are unsuitable, or unavailable. Prior to the amendments, restricted drugs such as psilocybin and MDMA were not accessible through SAP.