How Does Ketamine Affect the Brain?
3 min read

How Does Ketamine Affect the Brain? 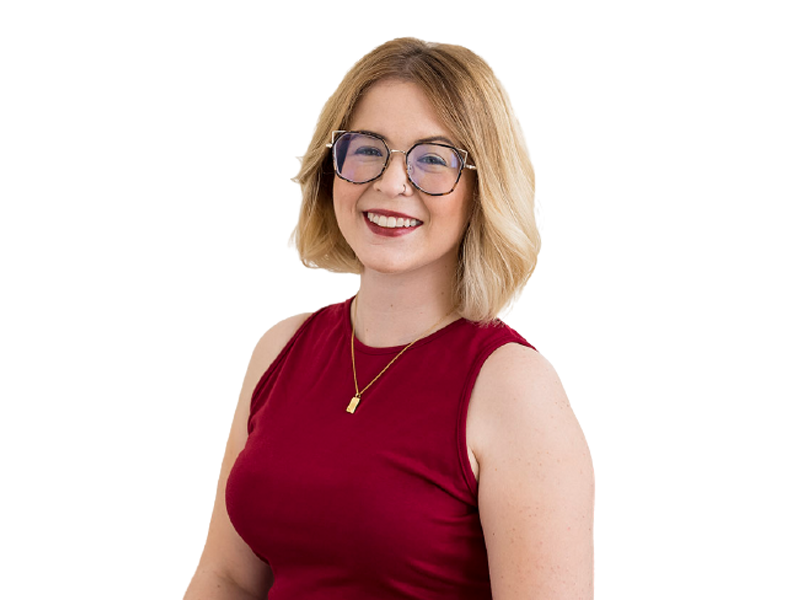 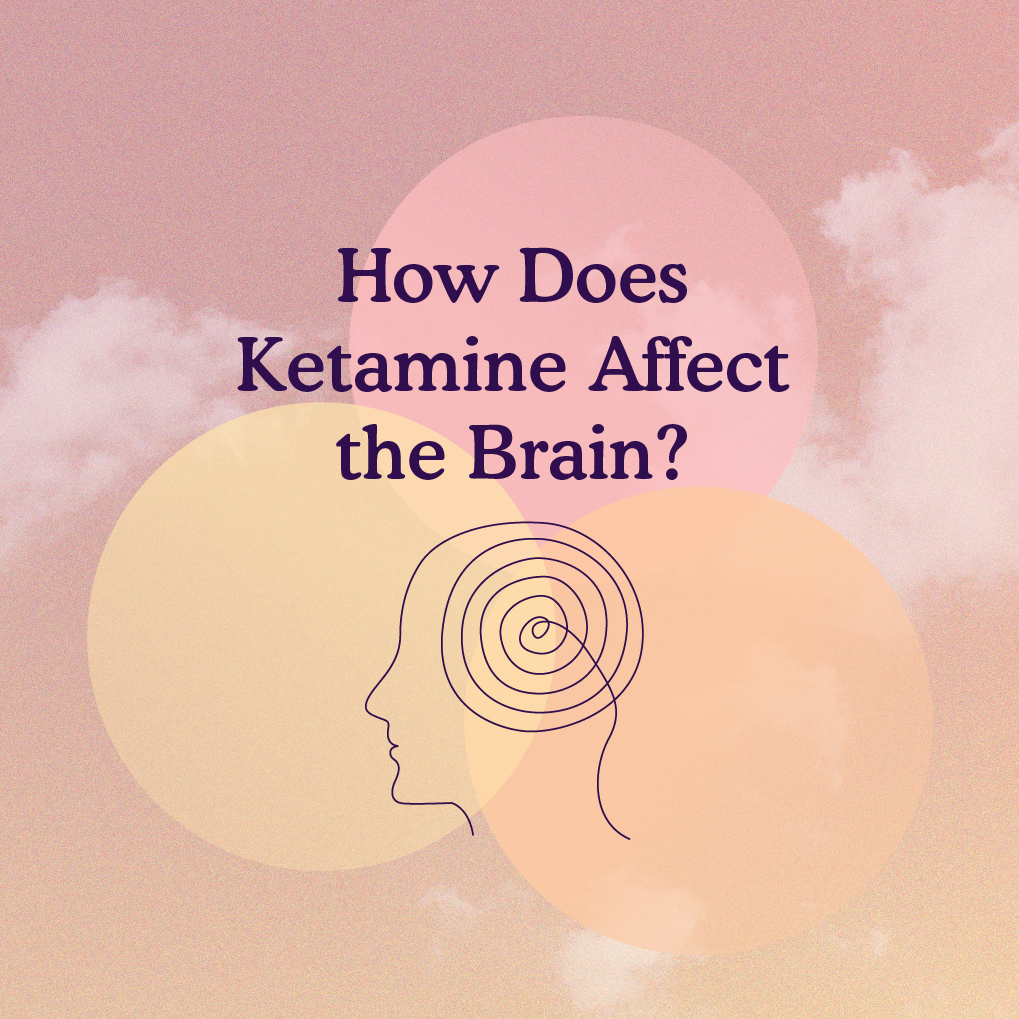 How does Ketamine Affect the Brain?

Many of us remember the ads: a cracked egg sizzling on a black, cast-iron pan. “This is your brain on drugs,” it would read in an eager effort to enforce the late 20th century’s War on Drugs. It makes sense, therefore, that when some hear of ketamine – a drug known colloquially as “Special K,” “Ket,” or “Horse Tranquilizer” – being used to treat complex mental illness, suspicions would arise.

The truth of the matter is that much of the science used to justify the War on Drugs may have been misguided by ulterior motives. We are now learning that ketamine may actually have procognitive, beneficial effects on the brain.
‍

How does our brain process ketamine?

When looking at ketamine as a treatment for mental health disorders such as depression, psychological trauma, and anxiety, the effects on the brain can best be understood in three processes:

What does ketamine do to your brain?

To answer this, let’s dive deeper into the first two known mechanisms of ketamine’s effects on the brain listed above.
‍

Ketamine has been shown to primarily affect two important neurotransmitters called glutamate and GABA. According to the Brain & Behavior Research Institute, these two chemical messengers have seemingly opposite effects: "glutamate is the most common of the brain’s ‘excitatory’ neurotransmitters, while GABA has an opposite, inhibitory, role." This combination has been shown to lead to the rapid decrease of suicidality and improvement of mood.

As discussed in other articles on our site, GABA and glutamate also play important parts in reducing the distressing effects of other mental illnesses. For example, ketamine’s effect on GABA shows promise in relieving the difficult to treat Obsessive Compulsive Disorder (OCD).
‍

However a change in mood alone does not define recovery. Ketamine’s ability to increase neuroplasticity means that patients are able to make meaningful life changes with greater ease. This is particularly powerful for individuals experiencing treatment-resistant depression (TRD) as one hypothesized underlying cause of TRD is decreased plasticity in the brain. An article by researchers at the University of British Columbia states, “Effects may 'reset the system' by counteracting synaptic deficits, neuronal atrophy, and loss of connectivity in depression.” Ketamine seems to improve the brain’s ability to heal itself by allowing new neural pathways to develop.

Ketamine disrupts something called the default mode network (DMN). Coined by neurologist Marcus E. Raichle in 2001, the DMN describes the neurobiological “ruts” we get ourselves into, our most common ways of thinking and behaving. To understand this concept better, imagine you’ve found yourself stuck in a corn maze. You’ve tried several times but just can’t seem to find your way to where you want to go. Ketamine temporarily lowers the walls of this maze so that the person journeying can look around and get a different perspective on other paths and possibilities.

The catch, of course, is that it is then up to that journeyer to make change and take the new paths. This is where psychotherapy and behavioral change comes in. Ketamine-assisted psychotherapy (KAP) encourages people to take advantage of this opportune time for developing new habits by exploring an individual’s values and long-term goals. For more information on Field Trip’s approach to KAP, visit our website.
‍

Can ketamine cause you to hallucinate or develop psychosis?

An unfortunate side effect of early misunderstandings on ketamine and other drugs is that they were dubbed “hallucinogens.” In truth, extensive research has shown there are distinct differences between the types of visuals and messages received while on these medicines and the types of hallucinations experienced by those with the mental health condition of psychosis which occurs most often with the schizophrenia-spectrum and certain mood disorders, despite some similarities.

More appropriate terms for medicines like Ketamine, MDMA, psilocybin, and ayahuasca are “psychedelics” (mind manifesting) and “entheogens” (becoming divine within). There is no question that psychedelics induce a non-ordinary state of consciousness. During a ketamine journey, a person may experience visual, auditory, or tactile manifestations of their mind–similar to when a person dreams. Some even report feeling a source of connection with their spiritual side. When used therapeutically, however, this particular effect of psychedelics is generally short term. In the case of intramuscularly (IM) injected ketamine, roughly 40 minutes. Insights from these experiences, however, can be carried forward for years to come.

It is important to note, that while ketamine is generally regarded as an incredibly safe drug, it is not currently recommended for use in individuals with a previous history of psychosis due to concerns that it may worsen their pre-existing condition. Additional research is still needed to confirm this concern however.
‍

How long does ketamine stay in the body?

As mentioned above, the psychedelic experiences associated with therapeutic doses of IM ketamine last about 30 minutes to an hour, with an average being around 40 minutes. The length of a journey is dependent on various factors such as weight, genetics, hormones, and mental health conditions. Following treatments, patients are advised to avoid operating machinery or performing heavy exercise as some sedation can persist. Usually a person feels back to their regular level of consciousness by the next morning after sleep.

Unfortunately, the length of effect for ketamine’s neurochemical changes and increased neuroplasticity is not well studied. Some people require booster doses of ketamine several months out from their initial treatment due to a resurgence of symptoms (approximately 20% by our records), while others do not feel the need. Anecdotal evidence suggests this variance may be just as much due to biological concerns as social and behavioral ones.

Many ketamine treatment participants report insights from their ketamine journeys that, with the help of neurochemical and neuroplastic changes, rewire their mindset for long-term, sustainable change. With proper reinforcement through active dedication efforts and psychotherapeutic integration, patients can create a life which better supports them even if mental health symptoms arise again.
‍

Are there long term effects, positive or negative, on our brain from ketamine use? Will ketamine damage your brain?

While some memory impairment has been reported with sustained use and abuse of ketamine, research by the Minneapolis VA Medical Center and the University of Minnesota Medical School actually showed significant improvement in several aspects of memory as depressive symptoms were alleviated with six ketamine treatments. Some people experience temporarily worsened migraines following a ketamine treatment; while others specifically seek ketamine to treat their migraines. Such discrepancies demonstrate a patterned relationship between sustained recreational use and the limited use of ketamine in therapeutic settings. Most negative effects of ketamine on the brain–such as Hallucinogen Persisting Perception Disorder–have not been well-replicated in therapeutic studies.

On the other hand, an observed benefit of ketamine on the brain is its ability to specifically re-regulate an area of the brain known as the lateral habenula. This part of the brain regulates several functions that are often impaired when a person is depressed–for example: sleep, pain responses, maternal instincts, and general behavior. Ketamine’s ability to “reset” the lateral habenula can help alleviate feelings of helplessness and anhedonia.

Additionally, scientists are beginning to study psychedelics like ketamine as a potential healing treatment for those with traumatic brain injury by causing vasodilation and thus increased blood flow to the brain.

All in all, despite earlier stigma, contemporary research on ketamine seems to suggest that it is a safe and effective treatment for depression, trauma, anxiety, and other mental health disorders. It is unlikely to cause psychotic episodes in patients with no prior history of psychosis, and may improve things like memory and blood flow to the brain. Of course, results can vary, and for optimal support, ketamine is most safely administered by medical professionals.