David Sax On Psychedelics, The Singularity & His Upcoming Book 'The Future Is Analog'
5

David Sax On Psychedelics, The Singularity & His Upcoming Book 'The Future Is Analog' 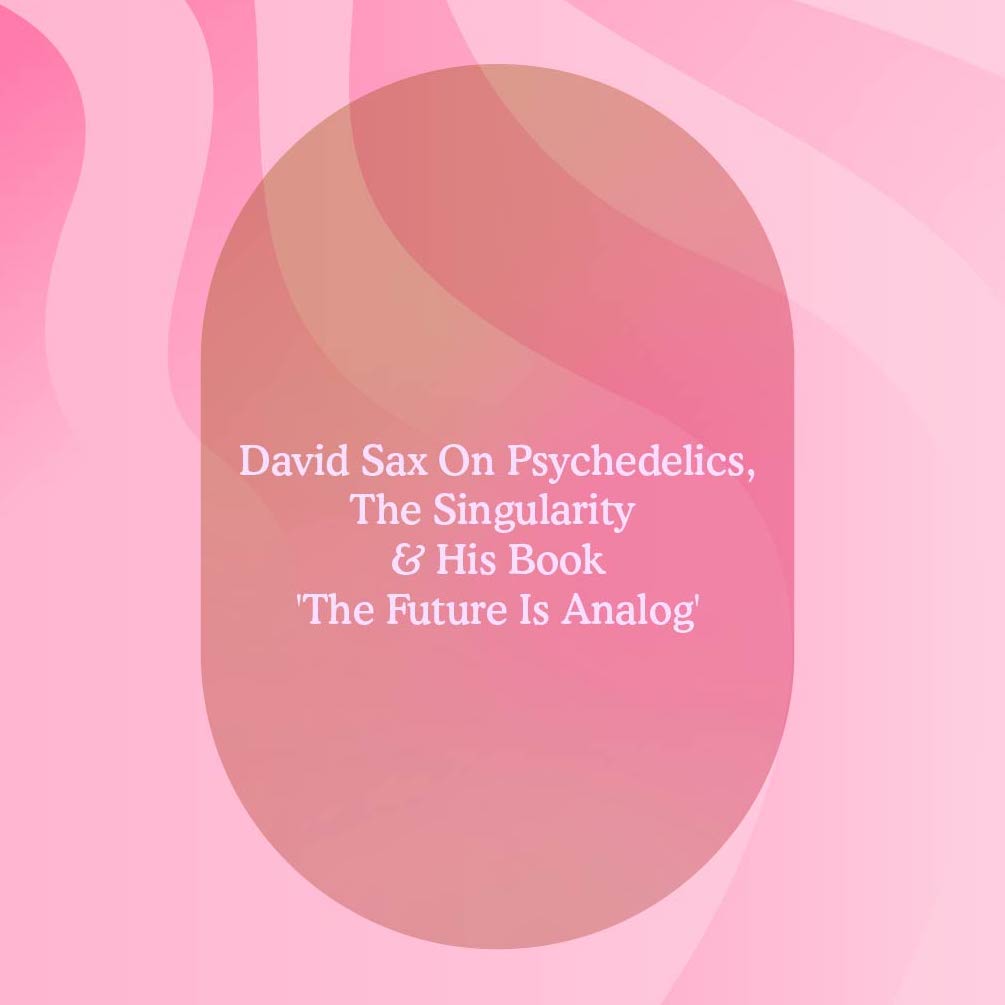 "When you go on a psychedelic trip, you are at your most present in the world; your senses are lit up, and your cortexes are firing on all cylinders. You're at the most human you can be." - David Sax

For decades, we had envisioned our future as a digital utopia in which technology would solve all of our problems and create a perfect world. Yet, with the pandemic, we got a taste of what this promised future would be like - and it was awful. So, are we doomed to live in a digital dystopia?

David Sax is an award-winning writer and speaker whose journalistic writings have been featured in The New York Times, The New Yorker, and Bloomberg.

He believes that not only has digital technology failed to fulfill these utopian expectations but that we're deliberately (yet perhaps unknowingly) rejecting that narrative and embracing the analog experience instead.

We thought the digital experience would be a superior experience to our messy, dirty, noisy analog existence. However, data shows that this hasn't been the case at all.

Think about how about a decade ago, digital downloading and streaming services were widely expected to render analog media obsolete. Yet, simultaneously, a renewed interest in vinyl records and record stores was skyrocketing in what became known as the vinyl revival.

Moreover, this renewed interest in analog media hasn't been exclusive to the music industry. At the time when Amazon's Kindle was in its rapid ascendancy, independent bookstores were reopening, growing, and expanding too. So, what happened here?

David argues that the future is more complex than we initially thought. His perspective is not about rejecting digital technology altogether but examining how our dependence on it strips essential parts of our human experience away.

Perhaps the best and most depressing example of our toxic dependence on digital technology is its impact on interpersonal relationships and our sense of community. As David puts it:

"The most important thing that came out of the pandemic was not learning to use technology. It was realizing the value of the human relationships that we were deprived of."

During the pandemic, we had to readjust our life to conduct it almost entirely online. At the time, media outlets such as CNC or Bloomberg pontificated how that future had finally arrived. Why go to work when you can do everything online from your own home?

No more dealing with nasty bosses, obnoxious coworkers, tedious commutes, and uncomfortable desks. No, we had officially entered the digital age, and everything needed to migrate online. Even grocery shopping was to be transformed; now, you could have anything you wanted delivered to your doorstep by just clicking a button.

However, it didn't take long for us to realize this wasn't enough. Yes, you could order whatever you wanted, but it got more expensive. More importantly, simple human experiences such as grocery shopping were reduced to lifeless interactions with a device.

When stores reopened, even for brief periods of socially distanced shopping, they were packed. Not only in grocery stores but also in record stores, bookstores, and shoe stores - people were lining up to touch, buy, feel and talk to people in the store, no matter how frivolous these purchases were.

One of the realms in which this utopian notion of technology has failed catastrophically is education. For decades, we thought online education would make learning better, faster, and easier to access. But two years after the pandemic, it has become clear that information alone isn't enough to provide students with quality education.

David believes that the best way to get back all these essential parts of our humanity is to stop romanticizing the potential of digital technology as we've done in the past. Instead, we should reframe it as an enhancement, a complementary experience to our analog existence.

Whether we'll finally achieve a healthy balance between digital technology and the human experience - only time will tell.

If you want to learn more, tune in to this week's episode of the Field Tripping podcast.

David joins Ronan to discuss his  book 'The Future Is Analog' in which he further explains why the promised digital utopia never arrived, how we got here, and whether we can build a future that serves us as humans, first and foremost.

Ronan and David also discuss the potential of psychedelics as a way to reconnect with ourselves, Jewish culture, The Singularity, and more.